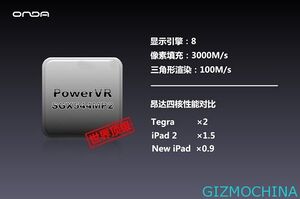 Proper Linux support now difficult for A31 due to the Power VR GPU, though; however, its kernel source is available[1] now and also for U-boot[2].

Cortex-A7 is 100% ISA compatible with the Cortex-A15, this includes the new virtualization instructions, integer divide support and 40-bit memory addressing. Any code running on an A15 can run on a Cortex A7, just slower. This is a very important feature as it enables SoC vendors to build chips with both Cortex A7 and Cortex A15 cores, switching between them depending on workload requirements. ARM calls this a big.LITTLE configuration.[2][3][4]

The A31s is the same die as the A31 in a different package. In terms of hardware specification and functionality they are identical.

The A31 was initially rumored to be called the A40 instead. On July 9 cnbeta.com and chinaeshops speculated that the next SoC from Allwinner will be a Quad-Core Cortex-A7 ARM Processor SoC, and twice as many GPU cores as it has CPU cores, (it was also unclear early on which GPU it would had, and rumors speculated on Mali 450, Mali T604, or Mali T658 GPU).

"This new SoC was thus most likely be either called Allwinner A40 if the pictures from iLife Tech banners taken at Hong Kong Electronics Fair 13-16 October 2012 are correct".[5]

Onda V972, a 10-inch Android tablet, was the first device to be publicly announced to come with an Allwinner A31 SoC.[7]

We have made some SDKs available on our server:

The publically available SDKs contain kernel and u-boot trees which include and depend on several binaries. Allwinner is violating the GPL quite directly here.

AW5306 code does seem to be available in this release, which reveals that this is Awinic code

Owners of the SoC on IRC