The device is supported and maintained in mainline U-Boot. There is no mainstream kernel support at this point.

For building mainline U-Boot, use the Yones_Toptech_BD1078 target.

Any button (VOL-, VOL+, BACK) triggers FEL mode from boot1.

The reset button (on the side of the device) reboots the device.

The device has an internal µSD card port that shows as mmcblk1. This port doesn't have boot priority over NAND. 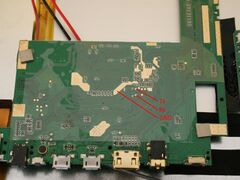