From linux-sunxi.org
(Redirected from Orange Pi Zero 2)
Jump to navigation Jump to search

The Orange Pi Zero2 is used as the bringup vehicle for the H616 SoC mainline effort. Linux kernel support was officially merged in v6.0 (adding the devicetree files), although basic support was already in v5.12. Trusted-Firmware supports the SoC since v2.5 (May 2021), U-Boot support was merged into v2021.04-rc1.

Use the sun50i-h616-orangepi-zero2.dtb device-tree binary from a mainline kernel, available since v6.0. 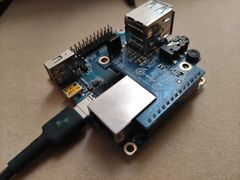 The board contains a 2MB SPI NOR flash chip (located on the underside of the board), and the SoC can boot firmware from there. The BOOT_MODE bit in the SID is cleared, to let GPIO pins determine the boot order. So to enable booting from SPI flash (after the micro-SD card has been tried), pull PC5 to GND, by bridging pins 9 and 13 on the expansion port header. U-Boot supports SPI booting since v2023.01-rc1. 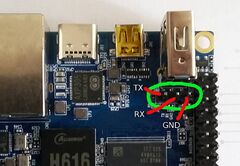