When booted into Android, open the "Settings" app and choose "About tablet". You will find the following information: 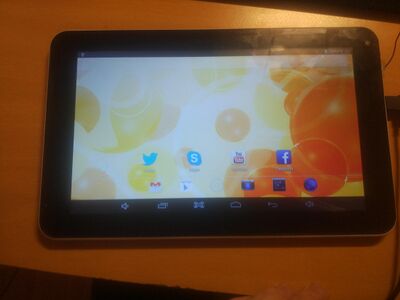 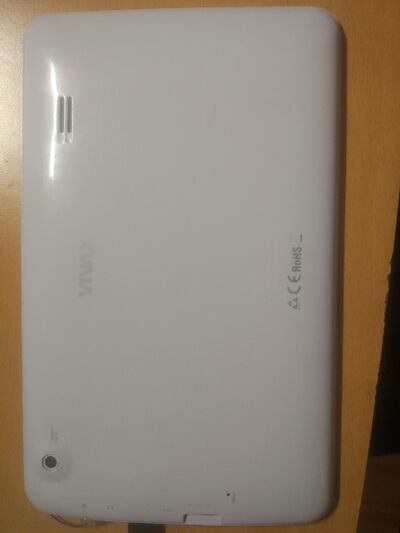 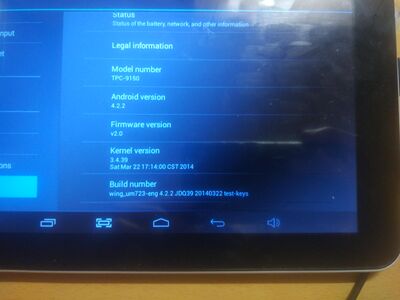 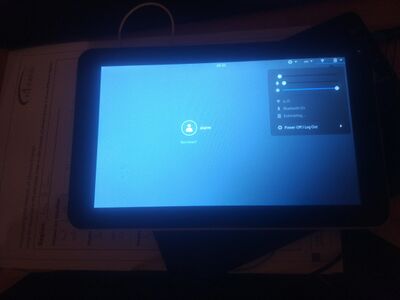 Use the default sunxi kernel with the following FEX file

Clone the Linux kernel from https://github.com/torvalds/linux

After applying that run the following:

Then afterwards use the desired sun7i-a20-tpc9150.dtb file with the latest mainline kernel.

Things that DO NOT work:

Things that are not tested (and probably don't work):

Apply this patch with a freshly cloned U-Boot repository.

For building mainline U-Boot, use the Vivax_TPC9150 target.

UART, LCD, SD card work, nothing else does.

Use the information in "Mainline kernel" and "Mainline U-Boot" along with the manual build howto, in order to build a functioning Linux system.

Following the FEL guide treat the "ESC" key as the FEL button.

Otherwise build an FEL SD card, using the same FEL guide and with a needle press the reset button, located on the back of the tablet.

The reset button (on the back side of the device) reboots the device.

The device has an internal µSD card port that shows as mmcblk0. This port has boot priority over NAND.

The included Wi-Fi driver in most distros rtl8xxxu has really bad range on this device. It works, but Wi-Fi tends to cut off often.

In order to improve range use this driver instead: https://github.com/lwfinger/rtl8723au

Follow it's instructions, then blacklist the included rtl8xxxu driver.

Then to prevent the Wi-Fi connection from cutting off randomly, put the following into the /etc/modprobe.d/8723au.conf

The wake-up issue was fixed. However, the device can only be woken up by the touchscreen, as I was unable to find any interface from AXP209 to wake up the tablet.

How I fixed the issue: Anyway I've found this trick.

The original issue was that once the device was in suspend mode, the i2c2 bus would get stuck and the device will be unable to be controlled with. In order to fix this you'll need to add bias-pull-up; to your DTS like so:

Touchscreen does not work!!!! Help!

For some reason the driver won't probe (or load) itself at boot, so you'll need to do it manually. This is a relatively simple process, just follow these steps:

The screen's a bit shifted, what's going on?

Basically there isn't a correct panel driver included into the current Linux source tree. Luckily, I have been successful in obtaining the correct LCD panel settings, but the problem is that I do not know the make or model of the LCD which would probably invalidate my kernel patch. Not only that, but manually patching this would require a kernel to be rebuild, which is too much effort in my opinion.

So the panel parameters that are available in the current patch are "good enough" in most use cases.

In order to open the device, there are two Phillips screws to remove from the side with the connectors. The pins from the white part are easy to pop but it is advised to use a a plastic tool, starting from opposite of the side with the connectors. The front panel is very fragile and pressuring the screen to pop open the pins can easily end up in breaking the touch screen panel. 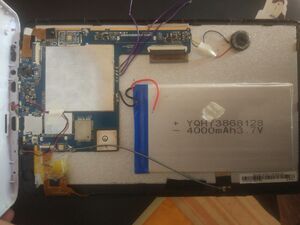 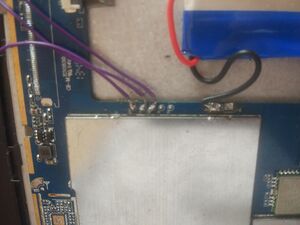