Most notable change is usage of 8GB eMMC storage on the new board and Elan touch screen.

No u-boot code is available from the manufacturer.

Not yet upstreamed, but patches are available here for now:

Use the pocketbook_touch_lux_3_defconfig build target.

The board support is mostly upstreamed, except for touchscreen patches and the display support. Non-upstreamed changes are in this branch:

The Menu button on the right side triggers FEL mode.

This display is sold in 3 variants on the internet. Just eInk display panel, + backlight, + backlight and touch. 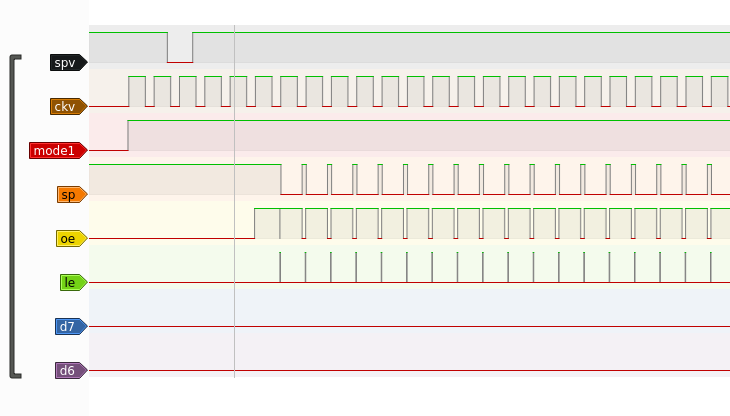 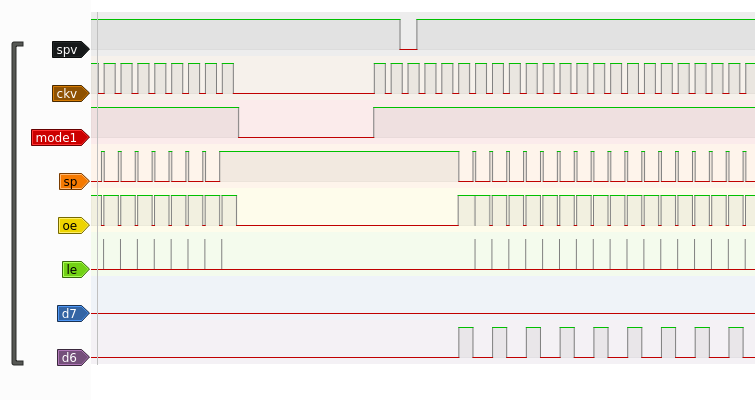 CKH is missing, but it's just a boring 20MHz square clock signal.

Front panel contains hooks that unlock when sticking sharp tool in between it and the back panel. Avoid bottom side of the device when opening, as it contains vulnerable cables and electronics. The back panel pops out almost too easily.